Thank you for your patience while we retrieve your images.

Visitors 49
27 photos
After yesterday’s big hike, today was to be a “rest” day for the legs.

1. It started out sunny, so we began with a drive to Lago Carezza, a small lake on the road toward Bolzano known for its colors, reflections and inspiration for an Agatha Christie story about a labyrinth. There is a short walking path that circles the lake.

This was the last day of our 3-day Panorama Pass, so we then went lift hopping for scenery, with some mixed results due to the weather.

2. Col Margherita cable car (Passo San Pellegrino): The upper station is currently under renovation to add a new cafe, so the areas near the top are a little rough and basic. A short but rocky climb takes you to several viewing spots and a research station testing for mercury in the air. While it was dry and even sunny at points on top, clouds obscured views of most of the surrounding mountains – a panorama that would have been stunning on a good day.

3. Ronchi Valbona cabin lift/Valbona-La Cuna cabin lift (Moena): This pair of gondola lifts ascends to an alm with views of southern part of the Val di Fassa and mountains above it. Again, the view would have been great except for the clouds, and there are some nice walks from the top station.

4. Paolina chair lift (Carezza): Back over to the Carezza area, our plan was to have lunch at Baita Masarè. But once we got to the top of the lift, we found the narrow and muddy condition of the trail to the baita gave us pause. Our poles were back in the car. Instead, we settled in for lunch on the deck at Rifugio Paolina – that is, until a large bolt of lightning and some thunder just across the valley sent us and everyone else scurrying inside.

5. König Laurin II chair lift: This was our last of the day – a very long chairlift that ascends to the top of the tree line, basically near the backside of the Vajolet towers. There are great views from here, so we lingered with some drinks.

Here, it is worth mentioning the extensive storm damage. Late last year, the South Tyrol area (and maybe more) was hit by a series of storms that caused widespread damage and some deaths. Once article I found estimated that somewhere around 15 million trees fell as a result.
https://www.italymagazine.com/news/s...es-old-forests

We saw evidence of this throughout our trip, but especially in the southwestern area of the region below and to the west of where we were staying, including around Lago Carezza. The article (above) quotes one source as saying it will take a century to “restore normalcy.” Very sad. 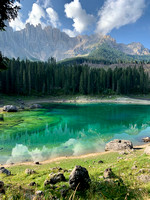 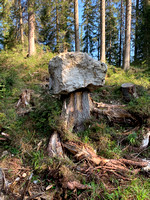 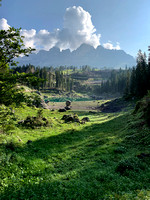 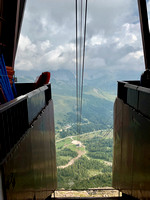 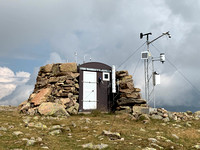 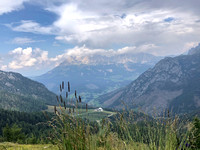 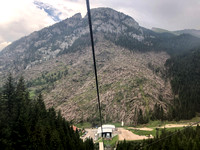 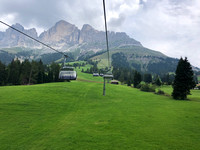 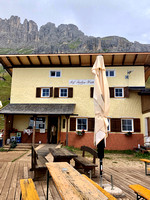 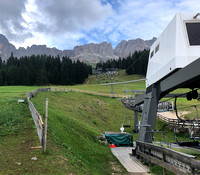 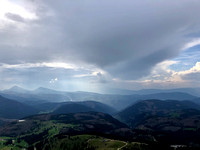 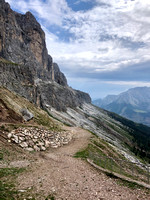 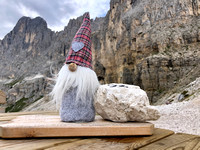 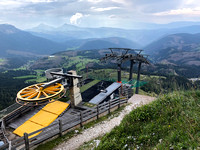